ISBN: 9780500019061
Hardcover 300 pages (May 10
architecture from London County Council flats through to the Millennium Dome
design from David Mellor cutlery through to the Dyson vacuum cleaner. All this as well as video
photography
advertisements
fashion and technology (the Apple iMac computer was designed by a Brit). The importance of television gets appropriate weighting–Bragg rightly pointing out that the marriage between art and the small screen “is happier than anyone could have dreamed of “–and the role of art education
particularly at art schools
is properly praised. All in all a terrific project and a thrilling book that gives national pride a good name. The second half of the 20th century has seen British artists
architects and designers assuming a central role on the world stage. In the years after the war
the young began to challenge accepted artistic values
looking at popular culture for their inspiration. The iconoclasm of the pop movement has continued to be one of the vital ingredients of the British art scene. In the year-by-year record provided in this volume
are connections and contradictions across the entire visual scene – from architecture 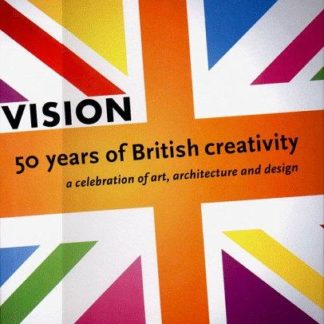